It started like every other Halloween. John was excited anticipating all the candy he would get. He didn’t remember that his parents wanted him to give them the candy in exchange for toys. John’s mom thought it was a great idea, toys for candy. Too bad John didn’t think giving his hard earned candy was a great idea. He liked candy, and besides, his friend were all going to get to keep their candy. He thought, why shouldn’t he?

Halloween was still a few days away, and the kids at school were already talking about it; how much candy they were going to get and how great last year was. For John, last year was not great. He remembered crying as he handed his mom his candy. John didn’t understand. He thought about his friends unwrapping their bounty and even had a nightmare about it that night. The next day in school, John was sad. All the kids were talking about candy and who got the best candy. John kept to himself that day, feeling alone and punished for having diabetes. After all, he only got toys and not even ones he wanted. His mom didn’t ask him what he wanted in return for the candy and wasn’t included in the planning of what to do with the candy. Last year’s Halloween wasn’t perfect for John. Instead, it sucked. But that would soon change. He started cheating on his diet soon after Halloween ended and the lying began. 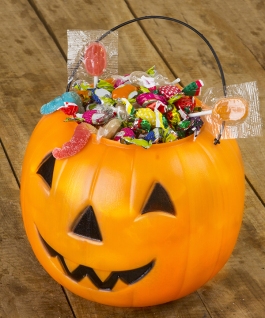 John was now nine years old, and he still loved candy. He wanted it even more after last Halloween. He came to realize that if he were honest with his parents that he would get punished for cheating. So, this year, John had a great plan, a brilliant idea that would work for years to come.

The day before Halloween, he hid an empty bag near his house. After trick or treating with all his friends, John snuck away and dumped half his candy into that bag. John put the bag in a secure hiding spot and then handed in his half-filled bag to get his toys. After all, during Halloween, most kids prefer candy over toys.

The following day after school and before his mom got home, he would get the bag and binge. At the time, John considered it a happy ending, but it was not happy after all. He felt very sick and physically drained for the next week until the candy was gone.

John believes that if his mother had let him keep the candy but dole it out a little at a time, that he would have been better off. John would have been able to bolus insulin for the candy. As it was, he didn’t want to get in trouble, so he didn’t bolus the needed insulin. It was easier to blame it on the pump, and “there may have been more carbs in his meals.” Unfortunately, for him, his parents bought his excuses.

How you manage, Halloween needs to be individualized to your child, talk with your child, and get their input. It’s essential that a parent doesn’t take away crucial social aspects of childhood; like fitting in at school, and being treated like every other kid they know, like getting candy and sharing their experience with his or her friends. It helps them fit in and feel normal. John was most likely right about how his mom could have handled Halloween and the candy. I have seen it work with my clients, but make sure to include your child in the decision.

For information on Diabetes-Focused Psychotherapy and how it might help you; go to my website, www.diabetictalks.com today.

Medical Disclaimer:
All the advice included in this blog is therapeutic in nature and should not be considered medical advice. Before making any changes to your diabetes maintenance program, please consult with your primary physician or endocrinologist.

Eliot LeBow, LCSW, CDE, is a diabetes-focused psychotherapist, diabetes-coach, presenter, and writer. His private practice, located in New York City and is also available via Skype. LeBow, who has been living with type 1 diabetes since 1977, treats the many diverse cognitive, behavioral, and emotional needs of people living with type 1 and type 2 diabetes. Diabetes-Focused Psychotherapy takes a holistic approach combining traditional talk therapy with diabetes education and management help. It addresses both the physical and emotional aspects of living life with diabetes while still addressing other non-diabetes related life problems to create a unique holistic approach to helping people with diabetes thrive. View all posts by Eliot LeBow LCSW, CDE 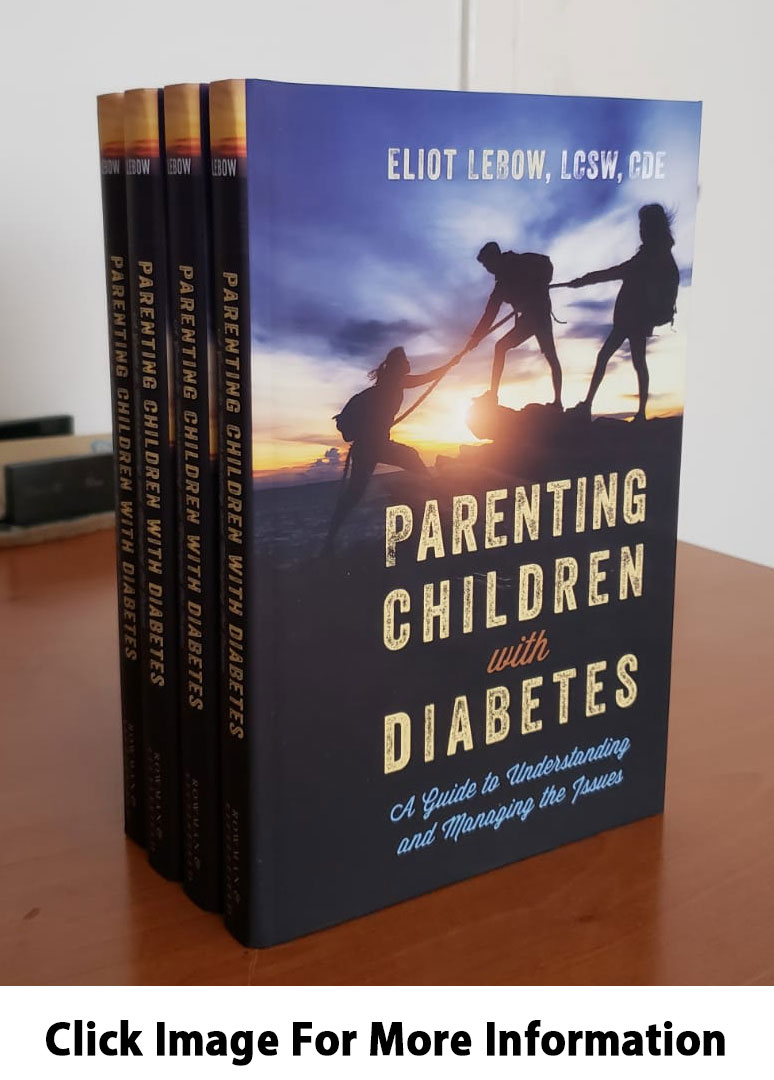